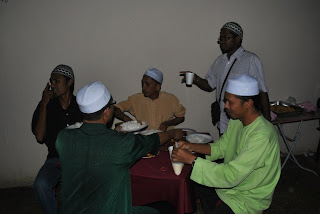 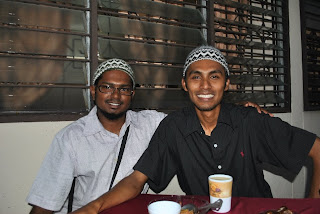 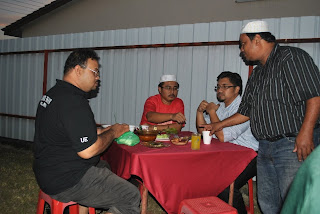 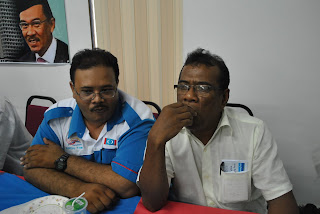 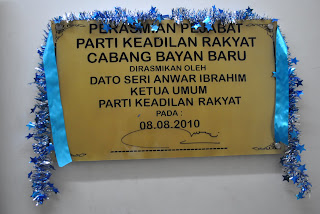 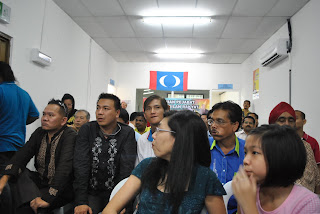 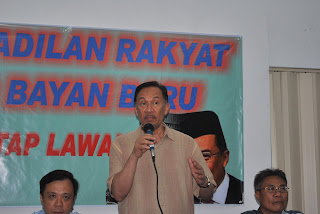 Listing his criteria, he said aspiring candidates must be loyal to the party and possess personal integrity, capability and credibility as well as be popular and in demand.

He added that incumbents' performance and service to the people would also be weighed to nominate the party candidates in the 13th general election.

“Candidates for both parliamentary and state seats for the next polls will be chosen based on the yardstick set by the party,” he said when opening the party’s Bayan Baru division office in Sungai Ara.

The office is unusually located in the Balik Pulau federal constituency.

Anwar, who is also Pakatan Rakyat coalition leader, cautioned that aspiring candidates should not take things for granted that he or she would be an automatic choice as candidates after being elected as division chairman.

He explained that a PKR member could win the chairmanship due to ethnic composition and personal popularity within a division, but it would not be the case in state or parliamentary constituency.

He pointed out that public sentiment would be a major deciding factor in determining the candidates in elections.

“One can be popular in the division but not necessarily be accepted by constituents as a party candidate,” he said before cutting a cake to mark his 63rd birthday which falls tomorrow.

He said PKR was the only party in the country to introduce direct participatory democracy to allow all its members, not mere delegates, to vote directly to elect their leaders at both divisional and national levels.

However, he cautioned that although PKR could glow with pride at being the nation’s most democratic party, nonetheless it faced a tough and tricky task to run an internal mass electoral process.

He wished Mansor Othman, the state PKR chief, and his election team the best of luck in executing the party election procedures correctly to ensure fair, smooth and transparent divisional elections in Penang.

He said although the top leadership would draft various democratic rules to regulate party elections, the lower level leadership was bound to face difficulties in implementing the procedures.

“It’s not going to be easy to conduct a direct divisional election with members of over 5,000 like in Bayan Baru.

“The divisional and state election organisers must ensure that the process does not emulate mistakes constantly committed by the Election Commission in national elections.

“There should not be vote rigging, vote missing, wrong counting and so on,” warned Anwar who is Permatang Pauh MP.

Win or lose, he reminded party members to always remain united as a formidable team to overcome challenges ahead.

“Our real struggle is to bring about changes and reforms to the country,” he said.
Posted by Blog Owner at 3:54 AM No comments: 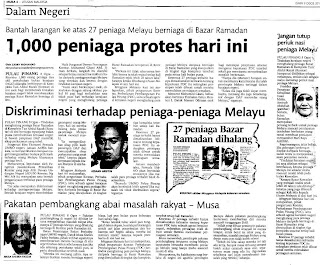 Posted by Blog Owner at 7:08 PM No comments: