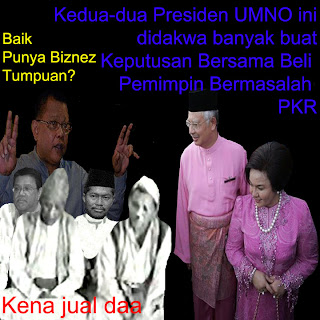 FMT ALERT KUALA LUMPUR: A third PKR member of parliament - Bagan Serai's Mohsin Fadzli Samsuri – announced this morning that he was quitting the party to become an independent.

He is the third PKR MP to quit in the last two weeks, following Nibong Tebal MP Tan Tee Beng and Bayan Baru MP Zahrain Mohamed Hashim who had left after losing confidence in the party leadership.

Mohsin's announcement to leave the party came just when 12 other PKR MPs were affirming their loyalty to the party.

These 12 were widely speculated to be on the verge of leaving the party as well.

Speaking to the media at the PKR headquarters in Tropicana this morning, the group of MPs led by Teluk Kemang MP Datuk Kamarul Baharin Abbas said they had no intentions of leaving the party.

Ten out of the 12 parliamentarians were present at the press conference, except for Loh and Gobalakrishnan who were unable to attend as they were out of town.

Two other MPs who were also strongly rumoured to be on the verge of leaving PKR - Wee Choo Keong (Wangsa Maju) and Zulkifli Nordin (Kulim-Bandar Baharu) – had not signed the loyalty statement.

Kamarul said that PKR was aware that Umno-BN was working hard to break the party by enticing MPs who did not hold posts in the central party leadership.

“Those who have (defected) did so because of personal problems which they did not bring forward to the party," he said.

He also said that BN was reacting to the new wave of support enjoyed by Pakatan as a result of the second sodomy trial against Datuk Seri Anwar Ibrahim.

“Umno-BN is also trying to divert the public attention from the degradation of the national economy and other chronic national crises which show no sign of improvement,” he added.

“(To those who have defected), I wish them selamat pergi (goodbye), take care," said the Teluk Kemang MP.

Meanwhile at a separate press conference, Mohsin, who won the Bagan Serai seat with a majority of 3,413 votes over Umno's Zainal Abidin Zin, said he decided to leave PKR following his concerns over the Pakatan Rakyat politics.

“In the name of Allah, I would like to announce my resignation from PKR,” said Mohsin. He said he was especially disappointed over the stand taken by Pakatan on the 'Allah' issue.

The press conference was also attended by former PKR secretary-general Datuk Salehuddin Hashim who had quit the party two weeks ago. Another big name to have left the party in recent days was former Penang Deputy Chief Minister 1 Mohd Fairus Khairuddin.

“The trust and confidence that I have placed in PKR’s and Pakatan Rakyat’s struggle, especially in restoring the special position of Islam has faded with the latest development in the party,” he added.

Mohsin also accused certain people in the party of being involved in sabotage and internal problems, resulting in him being unable to perform his duties.

Following the latest resignation, both PKR and DAP have 28 MPs each while PAS has 23, PSM (1) and SAPP (2). There are four independents while BN controls 137 seats in the 222-member Parliament.