Penang Chief Minister Lim Guan Eng fields the 10 questions posed to him by our readers. 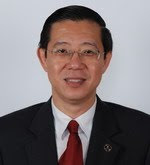 1. Administering the state must be a steep learning curve. How has the journey been so far and what is the biggest challenge? – Johnny Wong, Kepong

Administering an entire government with nearly 10,000 personnel, including both local government councils, definitely has been a steep learning curve. But as long as we are clear on our vision, mission and the governing strategy, we can fulfil the yearning for change and reforms. Our vision is to transform Penang into an international city that is a location of choice for investors, a destination of choice for tourists, and a habitat of choice for those who desire sustainable living. Our mission is establishing a people-centric government that does the three Es – enables the people with education and knowledge, empowers them with rights, freedoms and opportunities, and enriches them with a share in the economic fruits of success. Our governing strategy is to realise both our vision and mission through governance based on CAT (competency, accountability and transparency). An efficient, clean and world-class civil service is a prerequisite to transforming Penang into a high-income economy.

The biggest challenge is changing the mindset in the civil service to accept CAT as our core governing strategy, which emphasises education over propaganda, competency over political background, and excellence over indoctrination. We have to prove that a clean government can perform better than a corrupt one. Everyone is evaluated not on his skin colour, religion, gender or political background, but on performance. The public must be served fairly and treated equally.

2. How do you juggle your many roles in government, party and family? – Sarah Ibrahim, Muar

Multi-tasking works when there is teamwork with congruent goals, excellent back-up from my colleagues and staff, problem resolution gleaned from experience and trust, as well as good time management. But I must admit that I do not spend enough quantity and quality time with my growing children.

3. The Penang government is fighting hard for financial autonomy. How does that limit your aspirations for the state? – Angie, Malacca

Penang never had financial autonomy. From 2001 to 2008, Penang paid to the Federal Government RM25.67bil in the form of taxes and customs duties, but only received RM794mil in federal grants. In other words, Penang got back only 3% of what it contributed between 2001 and 2008.

We have no choice but to go back to basics. Penang’s past successes was grounded in developing our human resources and talents, relying on the private sector and private investments to drive economic growth and development, and providing good governance. That is why we have set up a 200-acre Education Hub in Balik Pulau, supported the expansion of an incubator doing R&D in Penang Skills & Development Corp, and focused on CAT governance. I have tremendous faith in the energy, expertise and entrepreneurship of Penangites.

4. Penang is still filthy due to lack of stringent monitoring and enforcement by local councils. Can Penang sustain its tourism industry given the polluted sea water and indiscriminate land clearing along Batu Ferringhi? – Josephine, Penang

We are continuing the efforts to clean up Penang, and these have gained the recognition of a Minister, who commented that Penang is now cleaner. But it is not easy to clean up the excesses or change the mindset of the past 51 years in a single stroke. Such efforts are complicated by past approvals for hillside development. Understanding the concerns of the local community, my government has not given a single approval for hillside development at Batu Ferringhi despite pressure from developers.

5. Do you feel it’s fair that Khazanah Nasional Bhd is managing the funds allocated by the Federal Government to conserve Penang’s heritage sites? – Oh, Malacca

This has been a sore point as George Town and Malacca were jointly listed as Unesco World Heritage Sites and should be accorded fair and equal treatment as promised by the previous prime minister. But what we have seen is the Heritage Department getting RM30mil for Malacca whereas Khazanah gets RM20mil for Penang, despite George Town being 50% larger and having 250% more heritage shophouses. Khazanah’s RM20mil has nothing to do with heritage and was submitted before the conferment of World Heritage status. We should not discriminate against George Town and must take cognisance that a World Heritage status is an honour that must be preserved, protected and promoted.

6. The Indian community was disappointed with your handling of the Lorong Buah Pala issue and there are concerns that you washed your hands off before exhausting all legal avenues to help the residents. As it was the last traditional Indian village in Penang, are there plans to set up an “Indian heritage village” as some Penangites have suggested? – Jimmei Morinae, Prai

The Penang government has never washed its hands off the issue. That is why Lorong Buah Pala will remain on the same piece of land when the 24 double-storey terrace houses for the affected residents are completed. Unfortunately, there are several residents who have placed their trust in people who are offering a RM75,000 apartment instead of my government’s RM600,000 double-storey house. We are willing to consider all proposals, provided they comply with the law and Federal Court rulings.

7. You have adopted CAT in running the state. Do you agree that the monitoring should start from procurement of contracts through open tender system and evaluating the qualified bidders with proven track records? To what extent is this being done? – Sheng, Batu Pahat

Penang is the first government to implement not only an electronic open tender system but also a two-week objection period to allow a review if there are valid complaints from competitors. To further reduce financial temptations, we have cut out the “middle men” by disbursing the money into the accounts.

Previously, one may need “political cables” to win contracts. Now all we need is a simple computer cable.

To protect and encourage whistleblowers, an Integrity Award of RM10,000 was introduced for civil servants.

We have reaped benefits from our reforms by having surplus budgets for 2008 and 2009 despite projected deficits of RM35mil and RM39mil respectively. For 2008, we recorded a surplus of RM88mil.

8. The number of Malaysians migrating in 2008 has more than doubled from that in 2007. Do you think this will get worst, and why? What ought to be done? – Karen Yeoh, Kuala Lumpur

The brain drain is our country’s most acute problem and it must be resolved if we are to transit ourselves into a high-income economy. The brain drain will only worsen if the country continues to treat our best and brightest with indifference bordering on disdain. To arrest the decline, we have to focus on merit and higher productivity.

Then only should Malaysia offer higher pay to not only retain but also attract human talent. By imposing glass ceilings unrelated to performance, we are inflicting damage to ourselves and serving as a recruiting pool for neighbouring countries such as Singapore. There must also be greater diversity of views as a source of strength and sustainable development.

9. Apart from your family members, who stood by you in the most difficult times of your political career? – Yap Koon Roy, Malacca

My family members, especially my wife and parents, have been as solid as a rock in terms of emotional support. But I have also being sustained by my fervent belief in justice, freedom and truth, and nourished by my faith in God. When we walk the talk, we never walk alone because God is always there. Suffering is unfortunately at times a necessary path to understanding the pearls of wisdom that allows us to treasure the “free” air we breathe and the simple joys of being with our loved ones that we take for granted.

Training a world-class civil service cannot be achieved overnight. To inculcate a culture of excellence will not be easy after 18 years of mediocrity and inertia. I have faith in the capabilities of my civil service if it is allowed to realise its potential. To succeed, government leaders must lead by example through prudent budgeting, integrity in leadership, and a thirst for learning and mastering English and new knowledge. Everyone realises that not only do we have to be the best, but that those who perform will rise speedily through the ranks.

The Penang government will commit to promotions based not on skin colour, gender or political affiliation, but on performance and integrity. Let the word go forth that Penang has not only the best Malay, Chinese and Indian male and female professionals, but also welcomes our best Iban and Kadazan brothers and sisters.

http://blog.limkitsiang.com/
Posted by Blog Owner at 9:51 AM